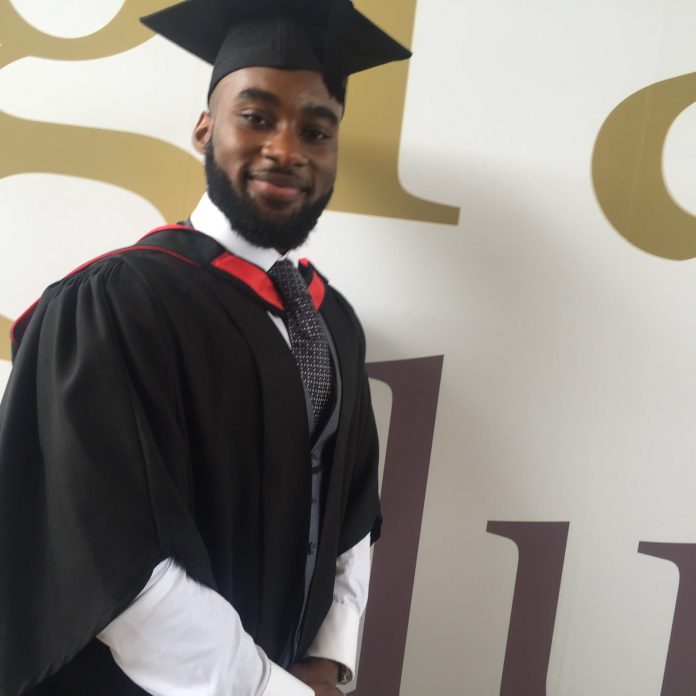 A young student, who just a few years ago was thought to be an underachiever, has overcome incredible odds to earn a First Class Degree in Economics.

Dami Salami, who was raised in the innercity by a single parent, achieved commendable success given the fact that only 42% of children of African Caribbean heritage in the UK gain 5 or more GCSE passes. Dami was a year 8 student at the Bishop Douglas Secondary School when he was referred to the ACES Youth Project for help with his academic and social development. 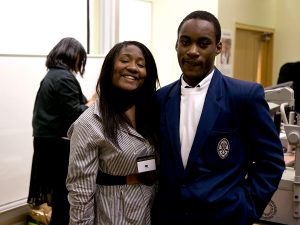 With the support of ACES, partnership with his school as well as his family, Dami grew to change his mindset and cultural references, and developed an awareness of his potential to become an independent and high achieving individual. He also received valuable mentorship and spearheaded ACES ‘Blog Talk Radio’.

Giving advice to other young people, Dami commented: “I would give the same advice I received when I first got into university. With everything you do in life always have targets and goals, be it in the long term or the short term. Where do you see yourself a month from now? What do you hope to have accomplished by then? Where do you see yourself 5 years from now? What do you hope to achieve? These are the questions you should ask yourself in order to be successful.” 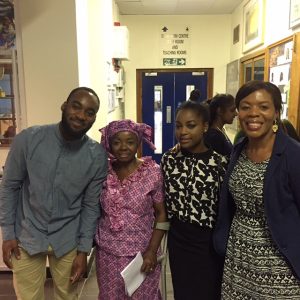 Since the inception of ACES Youth Project (ACES) in 2004, students who have participated in the programmes have  excelled in their classes, attended world class universities, secured fantastic jobs and have gone on to achieve greater heights  within their society.

“With the right information, support and guidance every child can succeed,” noted D. Narh, CEO of ACES Project.

ACES at the BBC (Our Favourite Moments)

My Life, My Choice by Nadir (Alperton Community School)

ACES at the BBC (Our Favourite Moments)

My Life, My Choice by Nadir (Alperton Community School)

ABOUT US
ACES Project is an established, leading and award-winning (not for profit) organization that has successfully helped 10,000s of students, from BAME background and inner-city schools, to achieve their fullest potential in school, prepare to secure quality employment and make a positive difference in society.
FOLLOW US
© copyright 2005-2018. Acesproject.co.uk. All Rights Reserved. AcesProject.co.uk Website,trademarks and logo are property of Inchiie Ltd.